The first time I participated in a climbing competition was an absolute disaster.

It was a citizen's comp at my local gym. I was 20, fairly new to climbing, and I showed up alone. I competed for less than an hour and was so disheartened that I threw my scorecard in the trash and headed to The Obed outdoor climbing crag to salvage the day. I wish I could say that I left because the sets were too reachy or some guy sprayed me down or discouraged me, but that’s not really what happened.

Instead, I arrived expecting a familiar experience and was completely unprepared for how the gym would change in a highly competitive atmosphere. I was unsure of how to negotiate my turn on the wall. I felt self-conscious of my messy footwork. I felt frustrated by my lack of ability to route read competition-style sets.

Ultimately, I was embarrassed and disappointed in myself for what (at the time) I considered to be “failing at climbing.” On that day, I decided that this type of space was not designed for me. I figured I would likely never be strong enough to compete, and sadly, four whole years would pass before I would attempt another citizen’s comp.

While this experience is certainly not universal, it is also not unique. Once I started working in the climbing industry, I would essentially have to beg the women in my gym to sign up for our citizen’s comps.

Time and time again I would hear, “oh not I’m not strong enough for that” or “I just get too nervous” or “climbing under pressure makes me hate myself.” And I understood those feelings because it wasn’t until I became a route setter and failed at moves every single day that I became comfortable in failure and was celebrated for simply trying.

As women, we do not allow ourselves to fail. For many of us, we swim in the activities that we feel comfortable and competent in, because trying something new (especially something in public) is a risk that doesn't typically feel worth it. Add in about three hundred other factors such as poor representation in climbing, negative encounters with men in the gym, and lack of diverse setting; it is no wonder we struggle to get women psyched to compete.

I became Head Routesetter at The Crag in Nashville, Tenn., right as the world was shutting down due to COVID-19. During the closure, I reflected heavily on how to engage our women members by creating opportunities for them to climb outside of their comfort zone, likely fail, but come out of the experience feeling supported and still confident that rock climbing is “a sport for me”. I looked to events like Woman Up at Touchstone and IMPACT at Brooklyn Boulders to conceptualize what an event like that could look like for my gym, within the context of a pandemic.

I had high hopes for what I considered possible but was unsure how well an all-women climbing event would be received, especially in a region where events exclusively for women are less common.

In September of 2020, we hosted a mini-competition where the gym was open exclusively for women to compete. We had 15 participants, with the majority being first-time competitors, and the feedback was overwhelmingly positive. Considering we had women from other gyms in the area compete, I felt confident that having women-focused events was not just something to market toward our members, but a focus that could serve the entire community of women climbers in our region.

In March 2021, as many of us were receiving our first vaccines and events were becoming more accessible, I decided I wanted to host a second Women’s Competition to celebrate International Women's Month.

A few days before the competition, our registration grew from our original 15 competitors, to 25, and finally 41. I was blown away. I had more competitors traveling in from different cities and different states than competitors who were our own members.

This leap in competitors (and overall hype!) came with unique challenges. At our first comp, we hadn’t allowed any spectators due to COVID-19. However, this time, many had asked for their partners, friends, and parents to be allowed to cheer them on.

We were torn between allowing spectators or not but ultimately allowed folks to come cheer on their climbers for an hour of the competition. I observed competitors give their hardest attempts while there was no distraction of spectators, while others waited for their cheer squad to arrive before giving their toughest burns.

While I was the only woman setter on the crew, our team set moves that required a combination of technique, balance, and commitment with woman bodies as our focus. We purposefully put competitors into unusual (what I consider silly) body positions that were not physically difficult but required a lot of thought.

There is an incredible level of comfort about going into a competition knowing that the routes were designed with you specifically in mind. As a setting team, we talked about push feet, about bump hands, and made predictions of what would be the most popular routes. We discussed empathy and inclusion and my team is better for having this event.

After the comp, I reached out to some competitors for feedback on how the event went and what made them want to compete. Here are some highlights (shared with permission):

I suffer from insane imposter syndrome so I like competing in general because I try to do my best and usually surprise myself for the better. This event particularly is amazing because it’s an only women’s comp. It allows womxn climbers of all shapes and sizes to compete, meet, collaborate, and enjoy each other’s company. There’s nothing better than supporting other women at all levels, who love the same thing you do. This comp was particularly special because I was WOW’d at some of the strongest female climbers I’ve seen in person. I truly loved watching them climb and even more surprised to place among the strong females.

Being a mom has transformed my life in every way and I naturally have less time for climbing. I climb once a week and felt too weak to compete but realized I needed to embrace reality, this sport I love, and the limits I have as a human and as a mom. I LOVED climbing with women. There were other MOMS competing and it was inspiring to see them knowing they had worked hard to find balance to keep climbing while juggling everything else in their life. 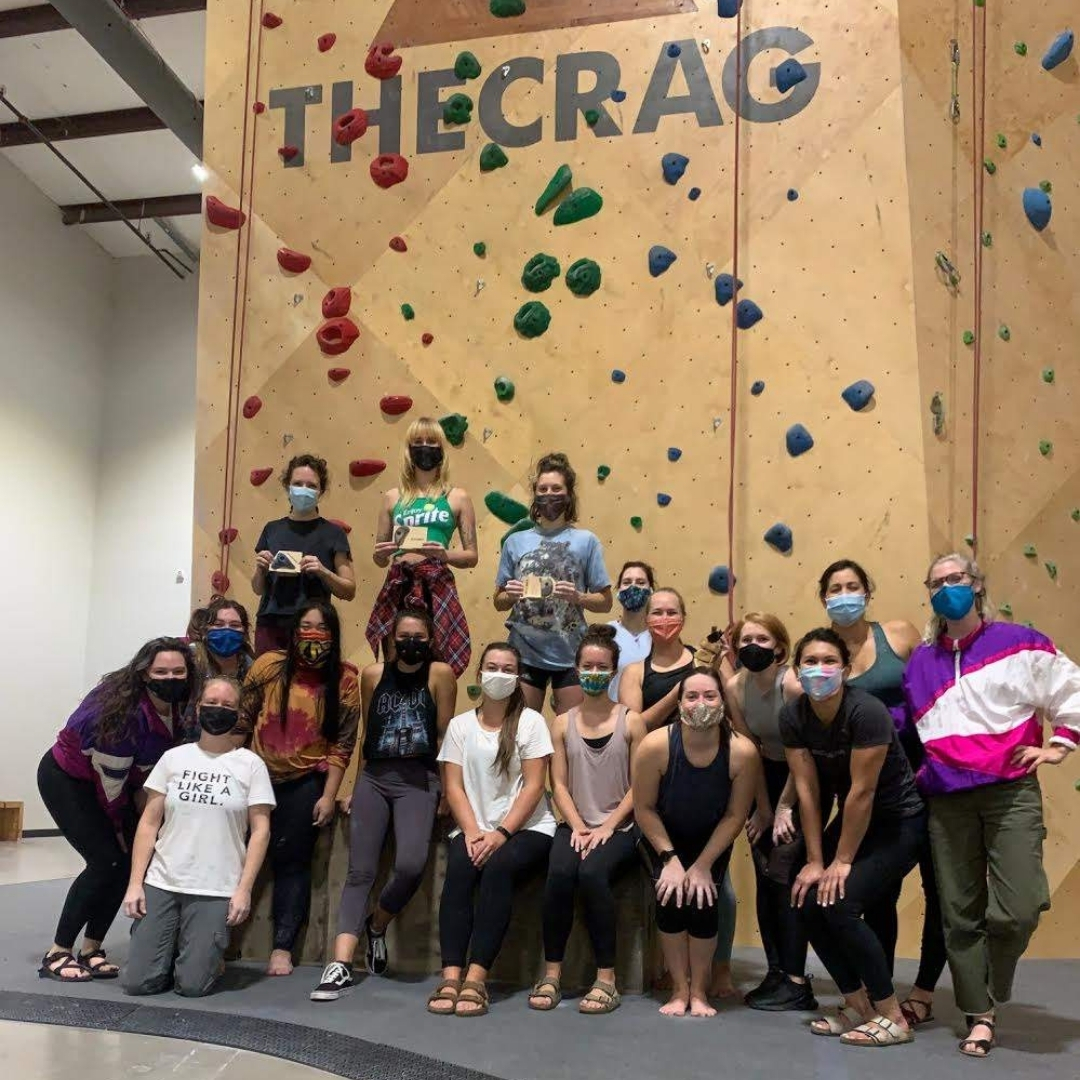 The climbing industry is largely male dominated. As a woman, this sometimes creates an environment that can be intimidating and uninviting. From men trying to explain how to do my own job during a belay lesson to being the only woman climbing on the boulder walls on any given day to watching my friends be sexualized while just trying to do a workout, it can be exhausting and frustrating to be a woman at the gym. What I’ve loved about this comp series is the fact that it feels so safe. Not only is everyone there with the intention to lift each other up and build community, but there is also a refreshing lack of mansplaining that you don’t typically get from a gym. There are very seldom large groups of women in our gym, as opposed to the guy gangs that are constantly cycling through, so having the experience of a competition like this is super special.

I love the clarity of focus I get when my partner isn't there to be disappointed in me if I don't try my best. He's not actually "disappointed" -- my brain is still trying to learn that the point of all this is just to enjoy it and to do well because it's fun to learn how to move and climb -- but somehow when the crowd of boys go away, I can hear my heart for climbing and feel ownership of my route, my method and my results. When the other humans around me all share the same general education about the sexes -- that men's bodies don't hold onto fat as easily as ours, that she is built smaller and every single move in any route beyond a V3 is pre-set to be longer, farther, easier for a man -- when I'm only climbing with others who face these same realities and also have to fight through them, I feel comforted. This is a fair competition. This is a safe place for me. This is where the power of those upsetting thoughts melt away and I can just literally try my best and it will count for something.

My biggest hope is that The Crag created an environment that shouted, “this sport is for YOU.” Which, in turn, I hope gave women the confidence to try new moves, make new friends, and perhaps freed them from expectations of perfection and allowed them permission to fail.

At the end of the night, I had several people asking me when we were hosting another event. So, it's safe to say they won’t be waiting four whole years before they give competing another shot. 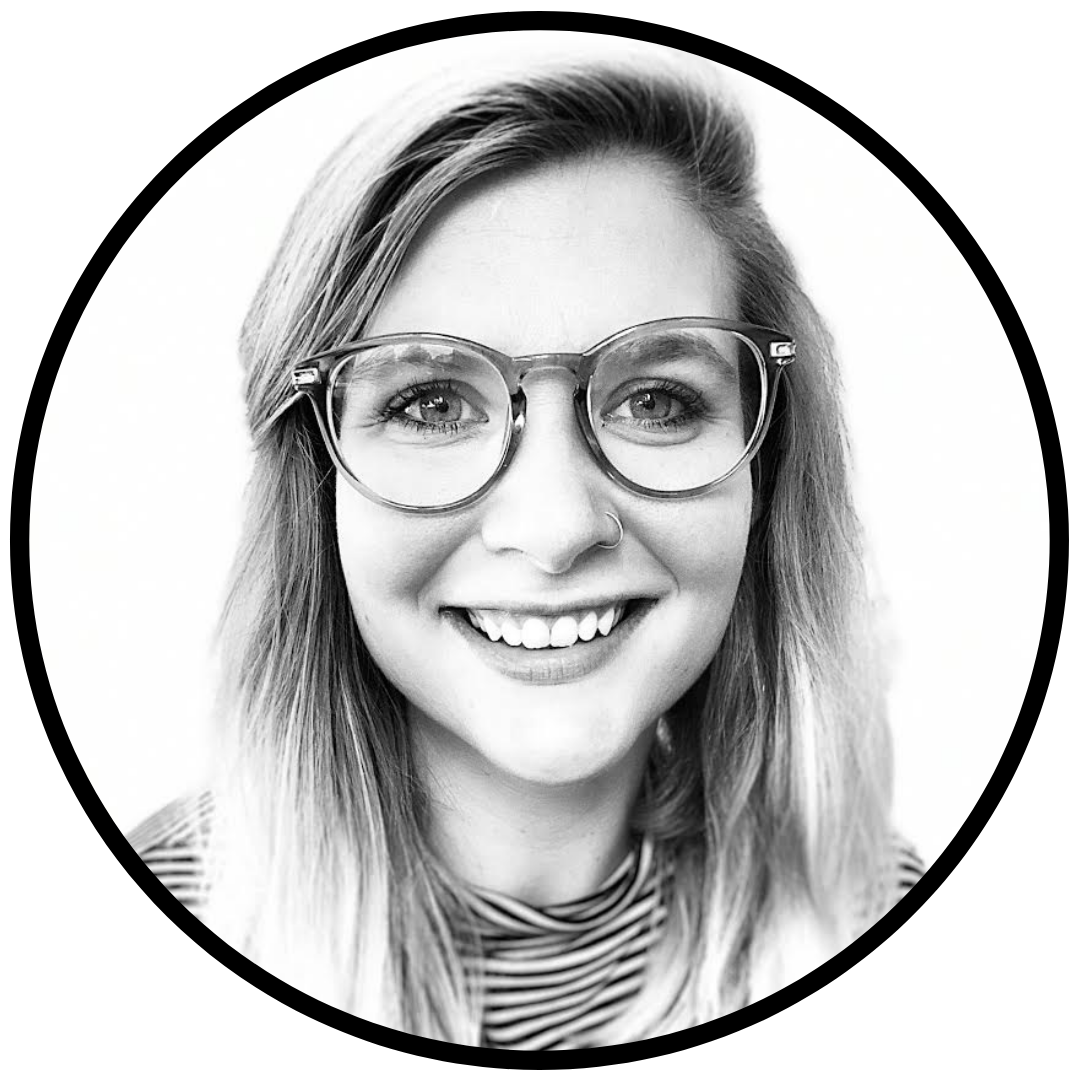 Hayley Moran is the Head Routesetter at The Crag in Nashville, Tennessee. She has a Master’s Degree in Child and Family Studies and previously worked in the field of public health with a focus on health equity. She uses those experiences to help guide her work in the climbing industry by creating events and discussions that promote diversity, equity, and inclusion through the sport of rock climbing. When she is not on the wall, you can find Hayley baking in the kitchen, designing silly sweatshirts, or hanging out with her cat, Goblin.