The timeline for more federal coronavirus stimulus in the US has been delayed for at least a month, but there is still some chance that we will see legislation passed before November 3. A lot of the public discussion around stimulus pertains to unemployment benefits and Economic Impact Payments, and while those seem less likely to be included in any upcoming stimulus, there are several likely provisions that will help small businesses.

But first, here’s where we’re at in the negotiations. Additional stimulus has been actively discussed since the CARES act first passed on March 27. Very quickly, the House introduced the HEROES act which did not gain traction in the Senate. The Senate responded on July 27 by introducing the HEALS act, which pared the cost of the relief package and focused heavily on business needs.

The price tag on this bill was still in dispute and Senate Republicans crafted a new smaller proposal titled Delivering Immediate Relief to America’s Families, Schools and Small Businesses Act. This proposal seems to indicate the direction that future relief packages may take focusing narrowly on certain sectors or interests rather than attempting to cover the needs of the entire country. This bill has not been successful yet and alternate packages are being discussed.

While a final bill may or may not incorporate some relief for climbing gym workers who are still experiencing unemployment, the possible areas of support for small business seem to be less contentious and there are several potential provisions that gym owners should be tracking:

We will continue to monitor the status of stimulus for small businesses and advocate on behalf of the indoor climbing industry. There is still some chance that further aid will be available in the coming months, and as soon as more details are available, we will report on the key provisions that affect our industry. 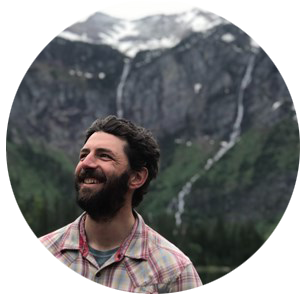 Garnet Moore is the Interim Executive Director at the Climbing Wall Association. Garnet brings more than a decade of experience in the climbing industry, serving gyms, manufacturers, and many climbing friends and partners.

Maneuvering Through COVID-19 with CARESeptember 22, 2020 Fostering Connection and Inspiration at the Survive & Thrive WorkshopSeptember 15, 2020