A little over an hour north of Vancouver, the mountain community of Squamish is perched below gargantuan peaks of the Canadian Rockies. The town boasts a population of around 21,000 and is an adventure haven. But when Lauren Watson moved there and winter hit – she decided that “this place needs a climbing gym.” When inquiring around though, folks told her it’d never work. “There’s no way it would survive up here.”

Suffice to say, they were wrong. Not only did it survive, but her plans actually expanded – and Ground Up Climbing Centre is now a thriving piece of the town’s adventure culture.

I found your website to be very clean and it has a lot of clearly frequently updated photos and alerts. A lot of your photos have people wearing masks and stuff like that, which is obviously very recent in the last year. Tell me about that strategy.

One of the side effects of COVID-19 was that we got a website grant. So over the last six months [we] spent time with some local web designers and web builders and set that new labyrinth of a website up, trying to make sure that hit on our different markets and our different kind of client base. And that hopefully there's a streamlined way of getting all the information you need. So, for instance, if a parent is looking at the website, hopefully, there's a streamlined enough function for them to get all the information they need and then get to the place where they can purchase what they need. 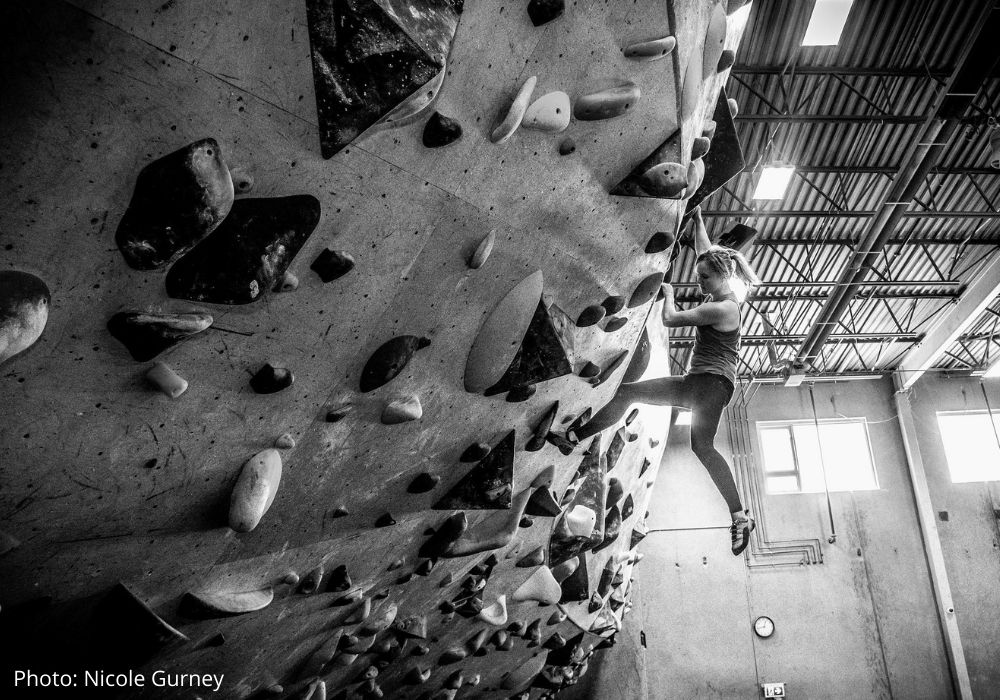 It's noticeable that you did it professionally.

So the two web developers that we used – they owned a climbing gym for many years. So it's having people who know your business already helping you to create these paths for people to follow in order to get what they need.

Read more: The New Year is a great time to think about how your gym website can attract business.

One of the things that you state on your website is that you try to inspire ‘growth mindset’ and that you're okay with failure. Tell me about how that relates to your business model and perhaps even your company culture.

We are in Squamish and we are often accused of being quite difficult. The grading is very accurate to our outdoor Squamish grading. [It's about] making sure that you're being as welcoming as humanly possible while not compromising what climbing should be, which is failure essentially.

You're going to go up here and you are going to fall a lot and you're going to learn a lot. And if you look around, the people at the upper echelon of skill and experience are all also falling all the time. And that's the only way that we can learn.

So taking that from a romanticized idea of climbing and then realizing that that's the only way that you as a business or as a person can also grow means you got to get comfortable with failing all the time.

That's a great nugget for life in general. Failure is the way that we grow.

If you can create a culture around that and if you can get good as a leader at failing pretty openly, it just opens that door so much...it should be a place that you feel really comfortable failing and falling. That doesn't mean we're going to make it so you can do everything because that'd be very boring.

I'd love to hear a little bit about your gym story.

Squamish is a small town... it is so cold for so long. So, I started talking to a lot of people about [opening a gym] and they told me that there's no way a climbing gym could survive here.

So, I did a tour of about 50 gyms in the United States and found all the ways that climbing gyms have worked elsewhere. It took three years to open between putting together the finances and getting the bank loans all dialed up. And then also we actually had to build a building because there was nothing that existed in the town.

It was supposed to be a very small, little, tiny climbing gym. Over the course of those three years of developing the plan, it got bigger than it was originally going to.

And then when we opened the doors, we got a lot more support than we were expecting from the community...that's a lot of like that self-discovery in that first year. Who do you want to be and what do you want this community to look like? Because all of a sudden, you're in charge of it.

That ties into what you were telling me before about how the growth mindset is one of the pillars of your organization. Knowing that you were...cognizant of the fact that failure was going to be part of the process. So, let's build it in.

It's a process, right? That's the beauty [of it] – you never arrive.

What benefit do you gain from being a member of the CWA?

It's the support that you can get from the CWA. I'm on the Industry Practices Committee as well. And I find that that dialogue and that process is really important to even just understand where other climbing gyms are. And know that there is an association that [is] creating a stronger, bigger structure to support us as an industry.

Lauren Watson at the CWA Summit before building her climbing gym. If you're looking to start a new business, or just simply better manage your facility, register to join industry leaders at the 2022 CWA Summit, May 18-20 in Salt Lake City. 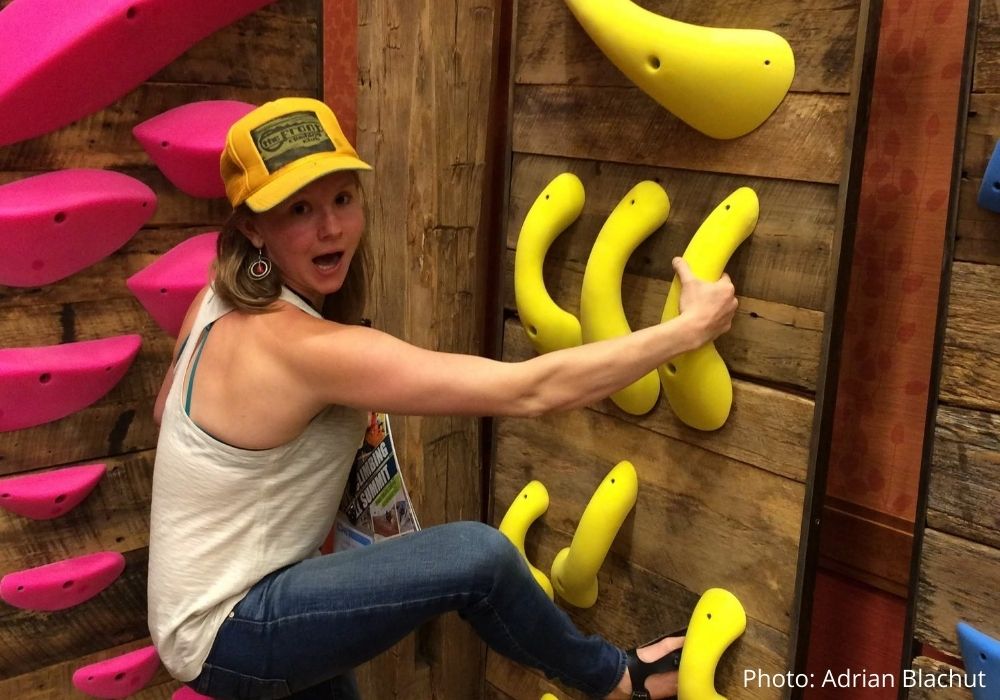 Jake Byk is the marketing coordinator for the Climbing Wall Association. He's an avid hiker, mountaineer, lover of hard-to-reach places and long drives. He's spent four years as a journalist, then a public lands advocate, documenting the Great Plains and Mountain West before joining the CWA.

How To Make Your Gym A Community PartnerFebruary 3, 2022 CWA Summit Session Spotlight: Creating a Culture of Personal ResponsibilityJanuary 21, 2022